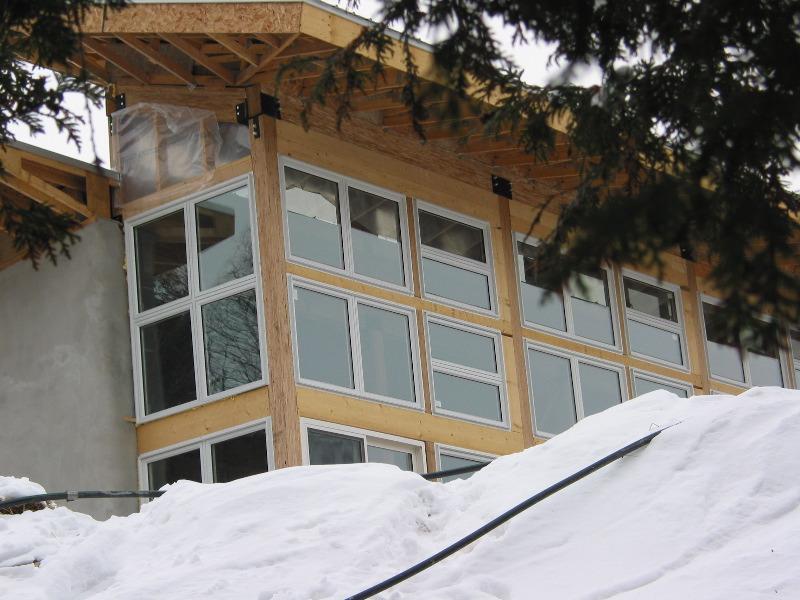 Working towards another milestone

If things go right, if we can maintain our kharmic alignment (or something like that) we will have heat on Wednesday. Given that they’re calling for a low of -25C on Wednesday that would be a good thing™. The gas fitters are supposed to be in tomorrow, hooking up the tank (1000 gallons) and running the gas lines to the boiler and kitchen stove. The guys from Generation Solar might have been there today, and will be there tomorrow finishing up the electrical install. So we’ll have electricity and gas, all we’ll need are the various manifolds etc for the radiant heat system. Dan Peel has assured me that he will be there on Wednesday to hook it all up and sometime that afternoon we will flick the switch and have heat. If you hear a faint “Yippee” from the north, that will be me, in case you haven’t been following along it has been DAMN cold for the last little while.

On Sunday Brian came up installed our electrical service panel for us. He also installed some of the conduit and left us his bender so that we could install the rest. That was a huge help for us and really saved us some time. So a big thanks goes out to Brian, it was very cold in that back room, all the diner had was chicken-noodle soup (not his favorite - more on the soup later), and out heaters were inadequate to say the least, but he was ever cheerful and stayed to make sure that everything was done right.

After that I took the dogs for a walk to warm them up a bit and give them a run. While the land in some senses is paradise on earth for the dogs (it’s a scat buffet!), when we’re working they don’t get to do much. Gator will amuse himself and has taken to disappearing for short periods of time (no that doesn’t worry me at all… no sir, not at all…) but Ceara insists on sticking near me, and as a result she often gets quite cold. It is a deeply unsettling thing to watch a dog as large as Ceara shuddering from the cold, when that happens she gets put in the truck with the heaters on full blast, or if possible, taken for a good brisk walk to get her blood flowing. She got both on Sunday, and I resumed my brief sojourn into the realms of amateur digital photography.

Next entry: No Heat, plenty of Cold